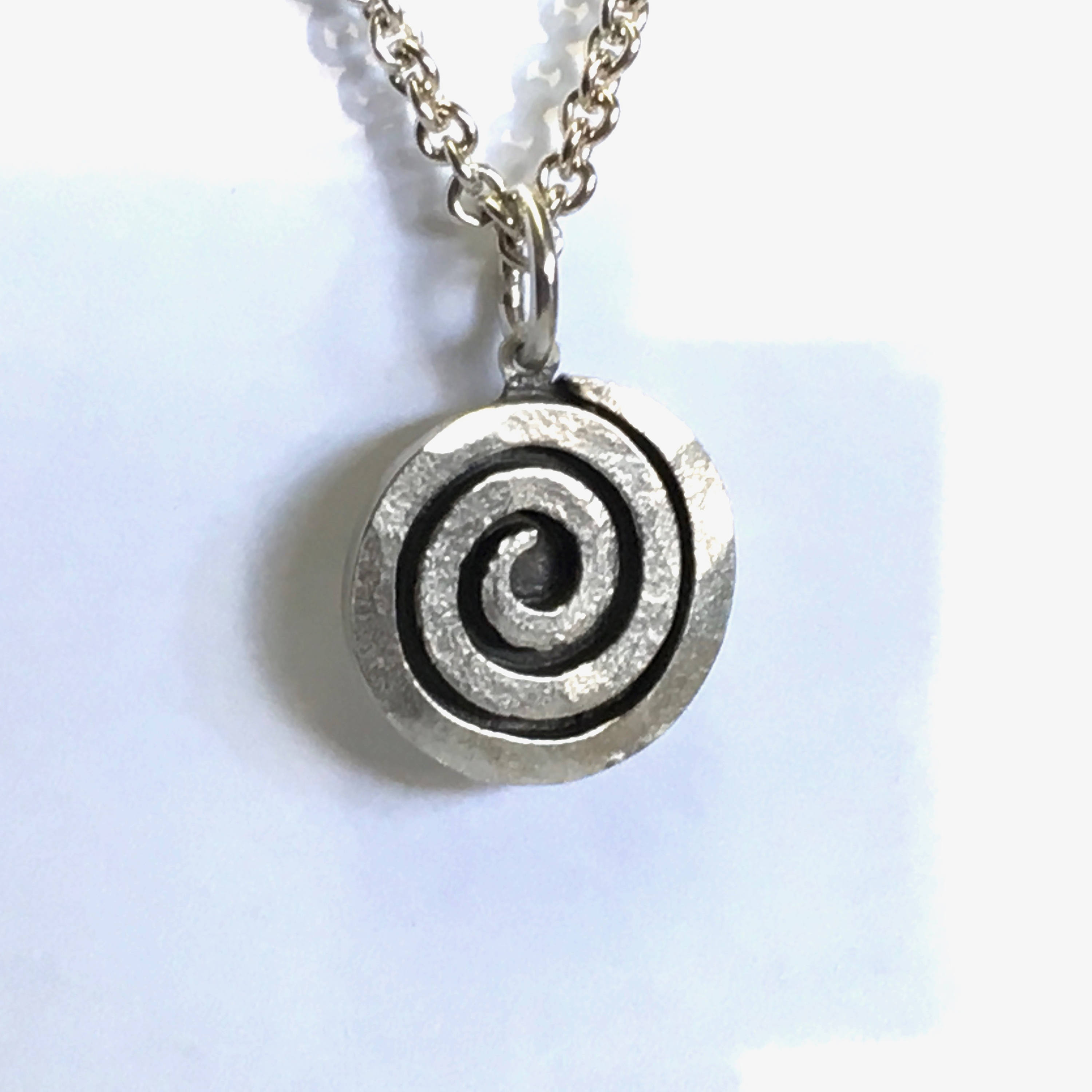 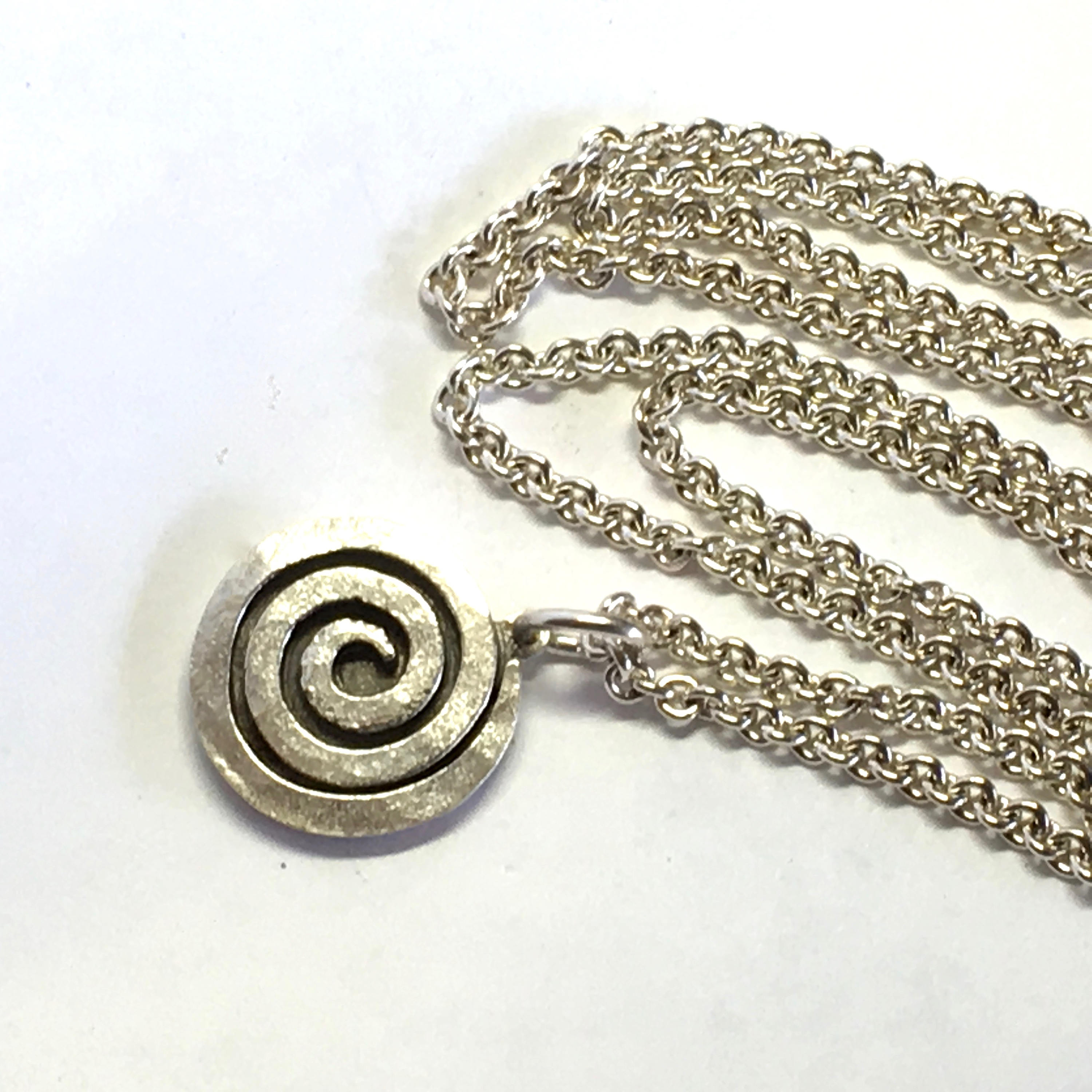 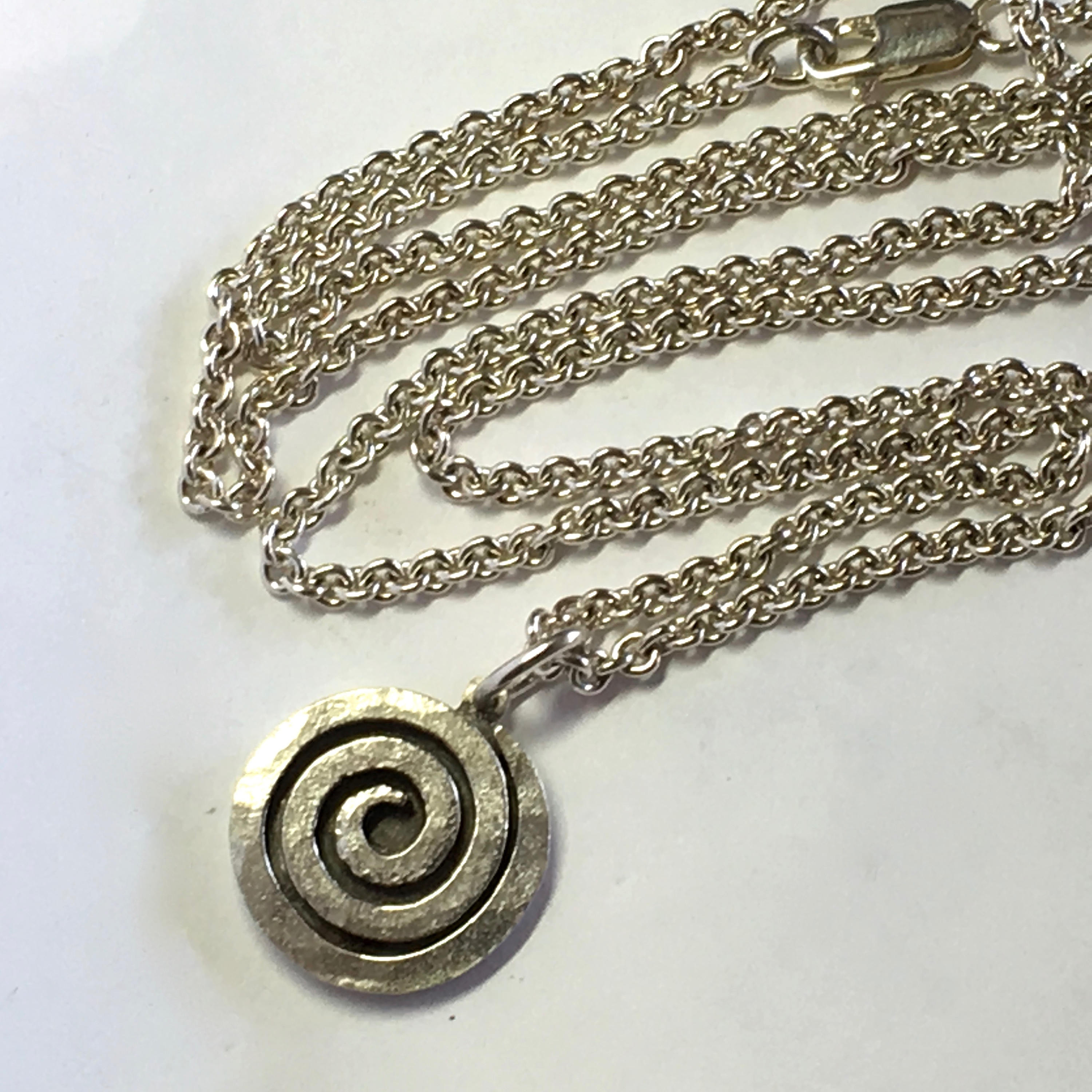 Perhaps it's most prolific appearance is in Celtic symbology where we see the spirals decorating a myriad of their ancient artifacts. In Celtic art and symbolism, we can intuit a few meanings from the forcefully present spiral...

In terms of spirituality, the spiral symbol can represent the path leading from outer consciousness (materialism, external awareness, ego, outward perception) to the inner soul (enlightenment, unseen essence, nirvana, cosmic awareness). Movements between the inner (intuitive, intangible) world and the outer (matter, manifested) world are mapped by the spiraling of archetypal rings; marking the evolution of humankind on both an individual and collective scale.

Moreover, in terms of rebirth or growth, the spiral symbol can represent the consciousness of nature beginning from the core or center and thus expanding outwardly. This is the way of all things, as recognized by most mystics.

Some of my other favorite celtic spirals are the single spiral and the Triskelion spiral.

The single spiral is fairly common and may represent growth, birth or an expansion of consciousness.

I'll do my best to meet these shipping estimates, but can't guarantee them. Actual delivery time will depend on the shipping method you choose.

I gladly accept returns and exchanges

Ship items back to me within: 30 days of delivery

But please contact me if you have any problems with your order.

The following items can't be returned or exchanged

Because of the nature of these items, unless they arrive damaged or defective, I can't accept returns for:

0 items in your cart