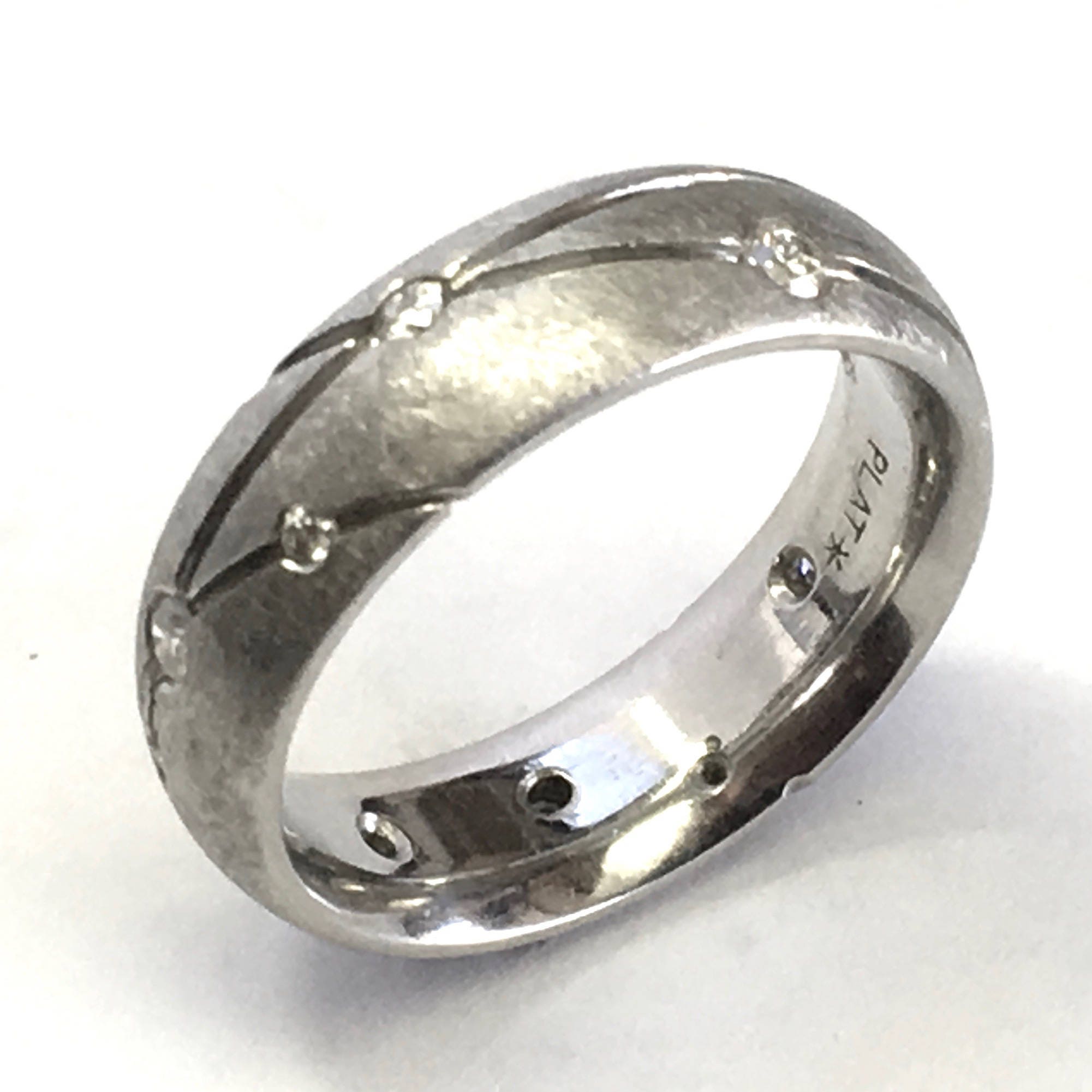 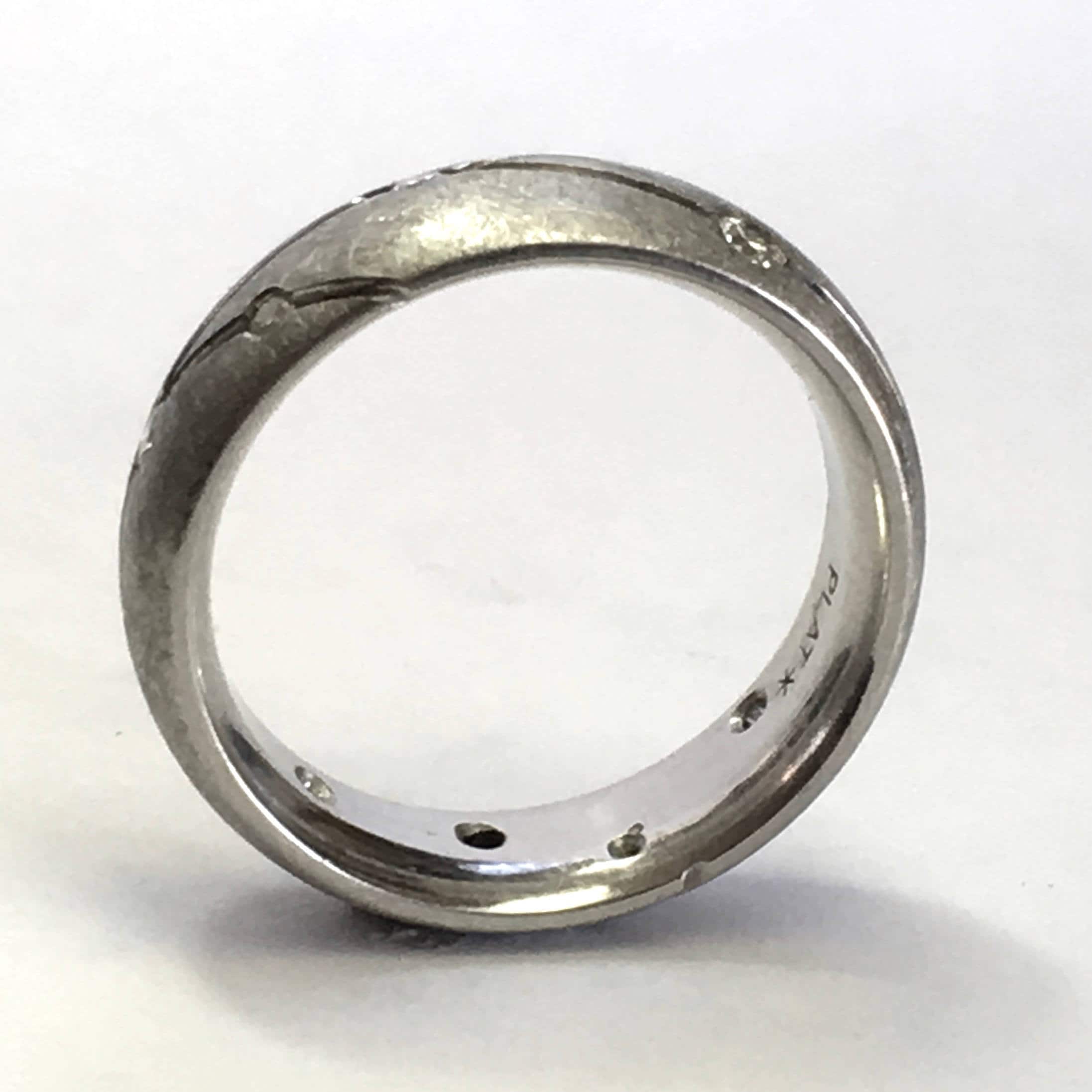 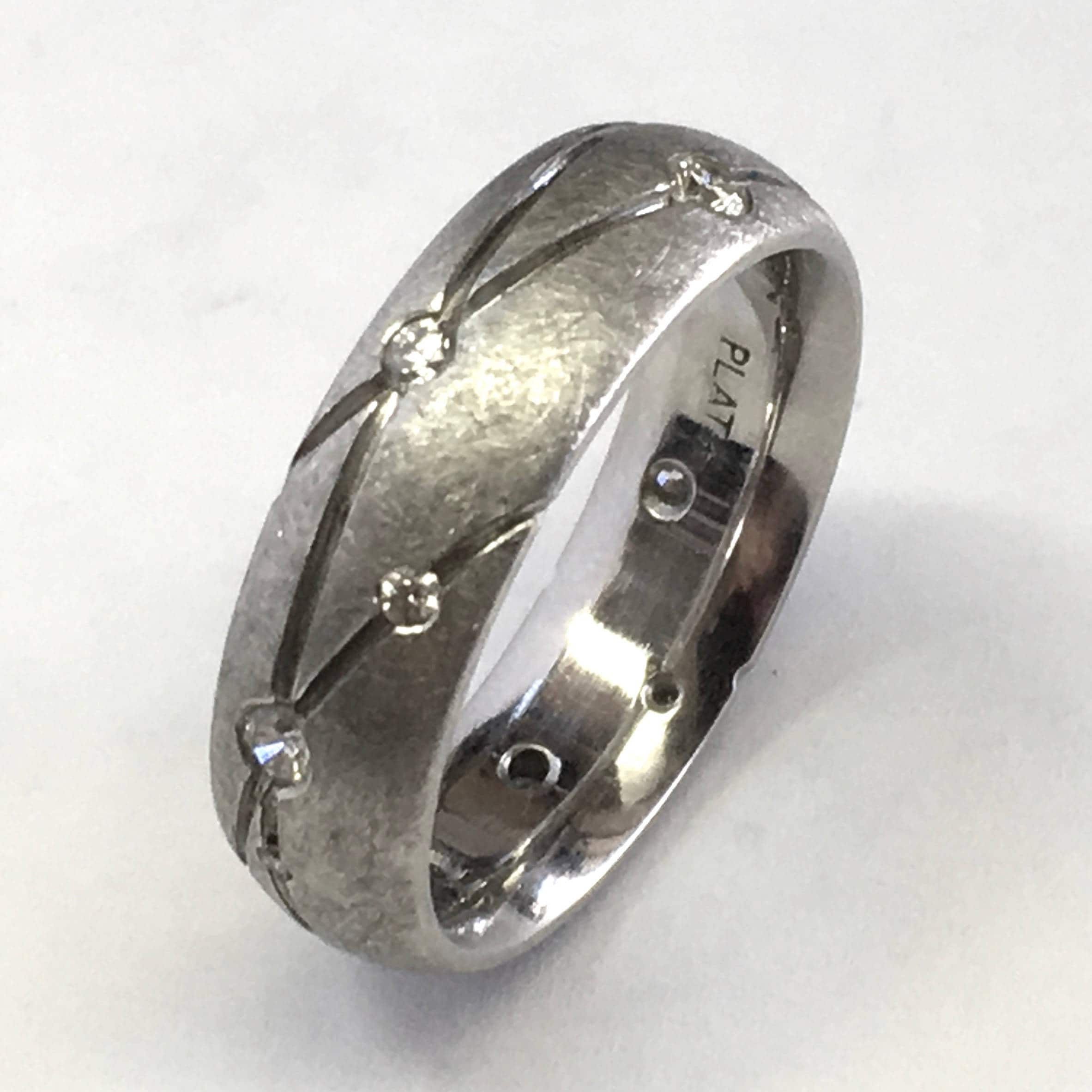 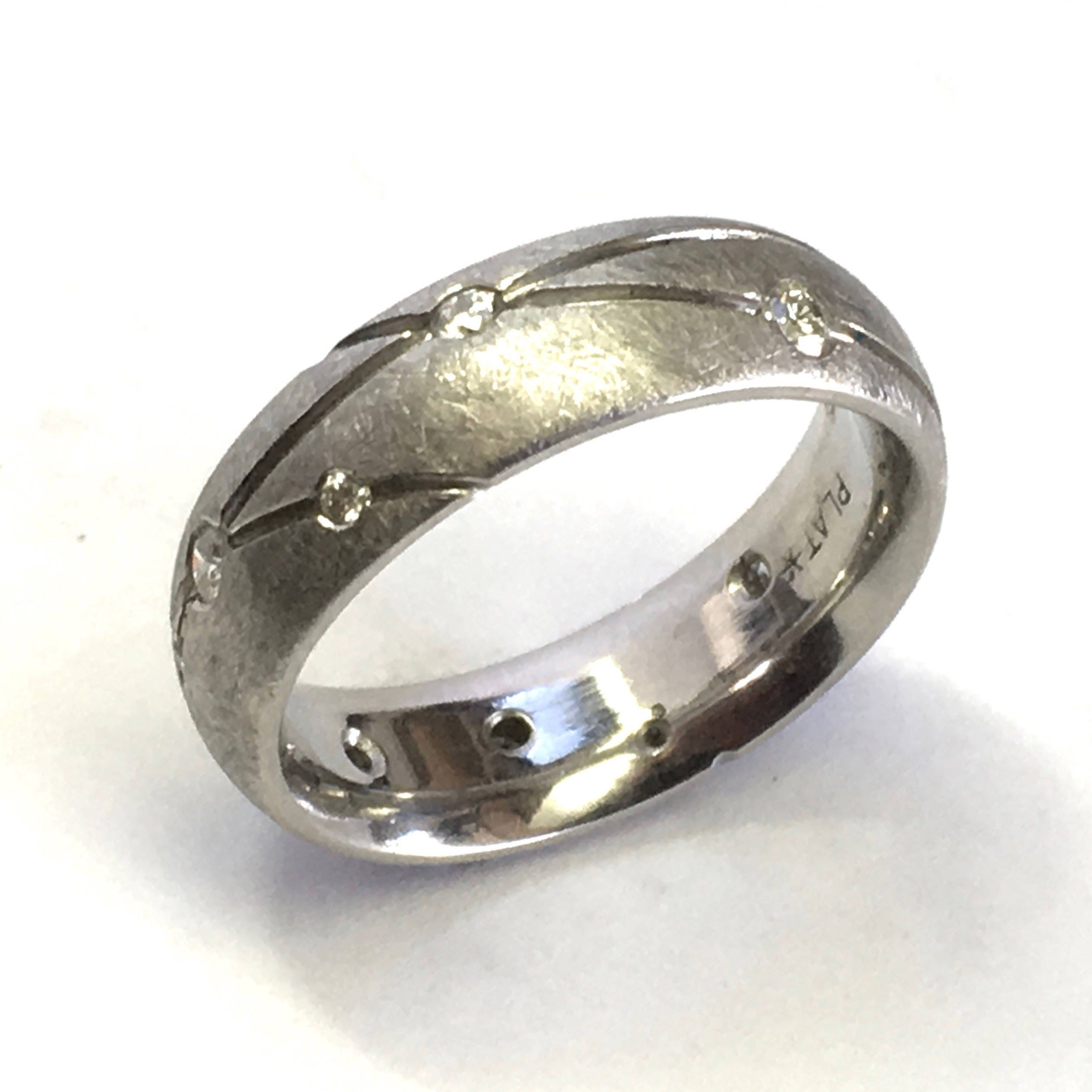 This strikingly simple Platinum Cassini Orbit Band has .25 Carat (12 diamonds = .25ctw) of Bright White Natural Diamonds. They orbit the band in Polished Grooves topped with a Random Scratchy Finish to make them stand out even more!

The flush mounted diamonds in this band signify the orbits around Saturn that the Cassini probe flew in 2004. (see below)

Cassini–Huygens is an unmanned spacecraft sent to the planet Saturn. It is a Flagship-class NASA–ESA–ASI robotic spacecraft. Cassini is the fourth space probe to visit Saturn and the first to enter orbit. It has studied the planet and its many natural satellites since arriving there in 2004.

Development of Cassini began in the 1980s. Its design includes a Saturn orbiter (Cassini) and a lander (Huygens) for the moon Titan. The two spacecraft are named after astronomers Giovanni Cassini and Christiaan Huygens. The spacecraft was launched on October 15, 1997, aboard a Titan IVB/Centaur and entered orbit around Saturn on July 1, 2004, after an interplanetary voyage that included flybys of Earth, Venus, and Jupiter. On December 25, 2004, Huygens separated from the orbiter, and it landed on Saturn's moon Titan on January 14, 2005. It successfully returned data to Earth, using the orbiter as a relay. This was the first landing ever accomplished in the outer Solar System.

Cassini continued to study the Saturn system in the following years, and it continues to operate as of August 2017.

I'll do my best to meet these shipping estimates, but can't guarantee them. Actual delivery time will depend on the shipping method you choose.

I gladly accept returns and exchanges

Ship items back to me within: 30 days of delivery

But please contact me if you have any problems with your order.

The following items can't be returned or exchanged

Because of the nature of these items, unless they arrive damaged or defective, I can't accept returns for:

0 items in your cart